Hierarchy Of Civil And Criminal Court

There are students who often are not able to differentiate between the Civil and Criminal court. But today through this article we will let you know about the hierarchy of criminal and civil court and powers of criminal court for your better understanding.

Below is Hierarchy of civil and criminal court: 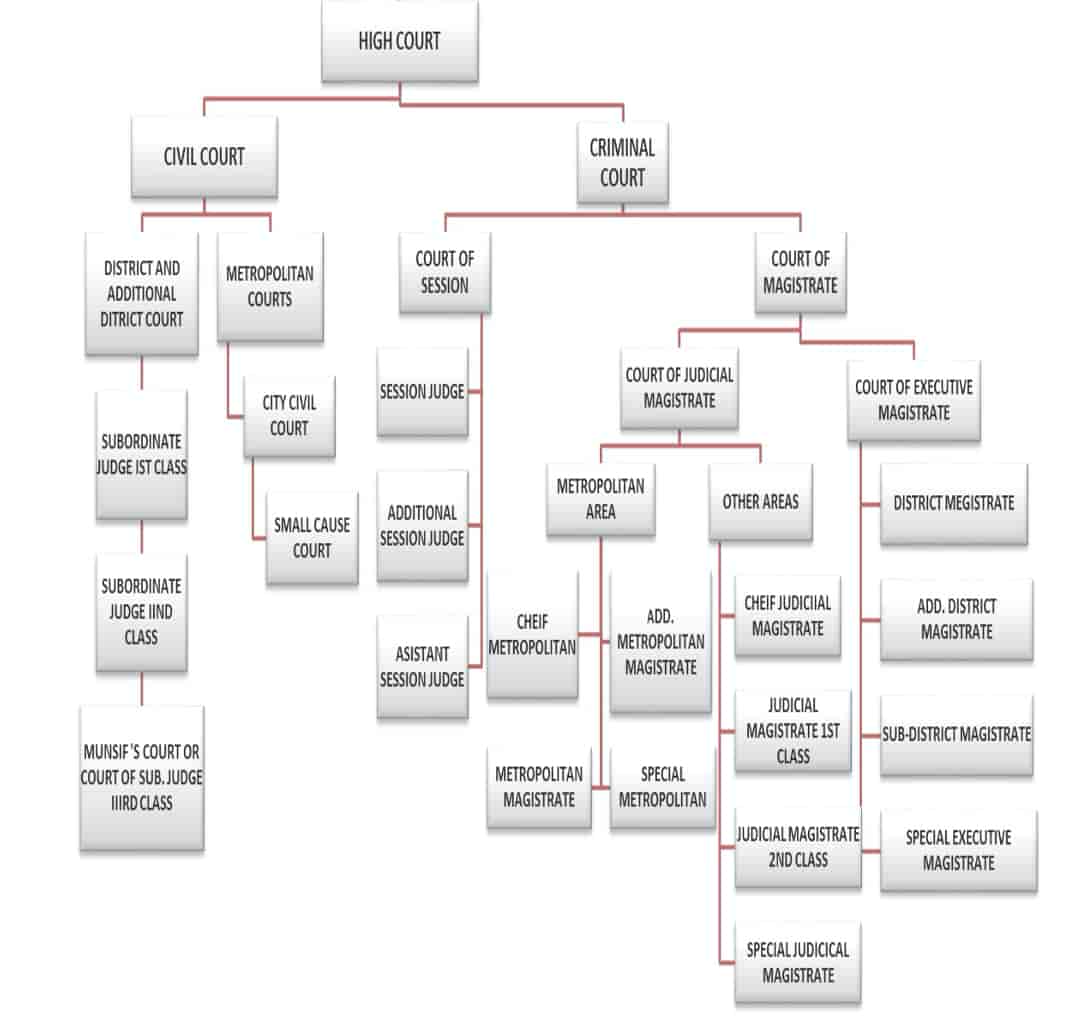 From the above flowchart you must be wondering why supreme court is not been inserted as it is the Highest judicial authority, but remember that Supreme Court is not a criminal Court it is not been expressly specified in any legal books but from Crpc (Code of Criminal procedure) Act which specifies the hierarchy of Criminal Court in India doesn’t include Supreme court (Section 6 of the Act).

Now, you must be wondering the reason that why Supreme Court is not a Criminal Court as Supreme court is an Appellate court where only if there involves a question of law or infringement of Fundamental Right of an accused only then the aggrieved person has a locus standi before the Supreme Court.

Under the powers of the criminal court we will understand the extent of penalty and fine which can be provided by these court.

Powers of the Criminal Courts are provided under section 28 and 29 of the Code of Criminal Procedure, 1973:

Section 28: Sentences which High Courts and sessions court may pass:

• High court- Any sentence and any fine.

• Court of sessions also includes Assistant Sessions Judge who have power to provide imprisonment for term upto 10yrs and any fine.

Section 29: Sentences which Magistrate may pass:

Previous Rejection of Plaint
Next Difference Between Lockdown...